Bettinardi Putters Just Keep Getting Better
Robert Bettinardi is no new comer to making putters.  According to his bio, he has been making putters for the last 22 years.  If you look at what putters have looked like over the last 22 years, you will notice that while there are some different designs and shapes out there,  many are still a variation of a basic blade or mallet style putter.  Sure some companies do all different color combinations, or crazy insert materials, but the old tried and true milled putter from a solid block of metal still looks and feels the best.
I would imagine that from year to year Bob maybe has some difficulty in figuring out what to do next.  Yet as the consumer, I never cease to be amazed how he can take the familiar putter shapes and make them look so great and new each year.

The new Studio Stock line has some great designs, but the one that really caught my eye was the SS14.  It isn’t a completely new design, but a variation of the BB8.  It looks like the bumpers were flattened for a little sharper lines on the putter overall.  It has a mid-length plumbers neck that toe hangs around 4:30.  The 358gram head is just the perfect weight, not too heavy, nor too light.

The biggest feature of the whole 2013 Bettinardi line of putters it the shortened height of the face of all the putters.  This is designed to make the ball look taller which in turn causes the golfer to hit up into the ball.  I found it to be a surprisingly nice feature.  I didn’t have any stubs or bounces into the ball.  It subconsciously gets you thinking about hitting up into the ball rather than down on it.  I didn’t even think about it, until I noticed how many clean putts I had made with this putter. 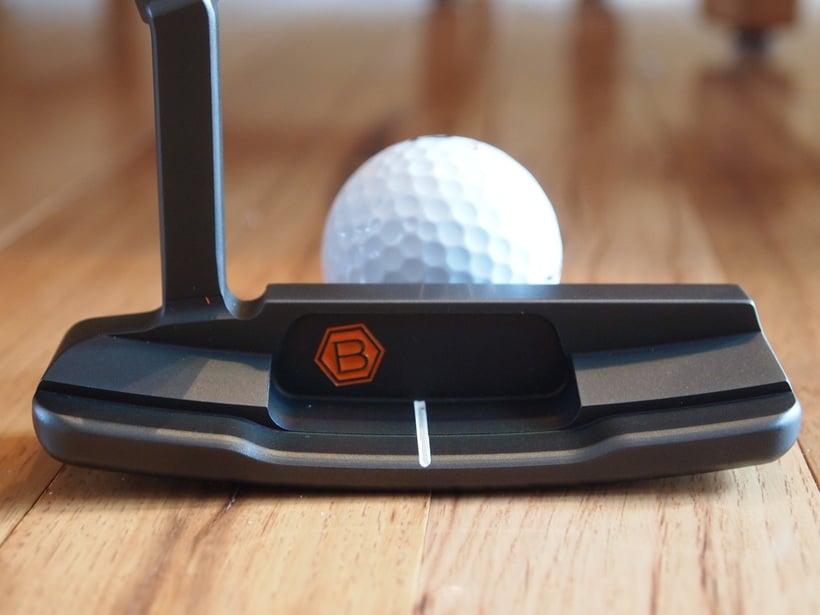 The new finish for 2013 is called Corona Black; I think most would call it matte black.  It fits very well in the big picture of 2013 golf products as many of my favorite clubs also have a matte black finish.  It also works really well on the course because it resists reflections. From just about any angle in any light, there won’t be any bouncing beams into your eyes.  It also seems like it might be a little more durable long term because that matte finish won’t show too many scratches either.  The matter black paired with the white and orange paint fills looks really stunning. 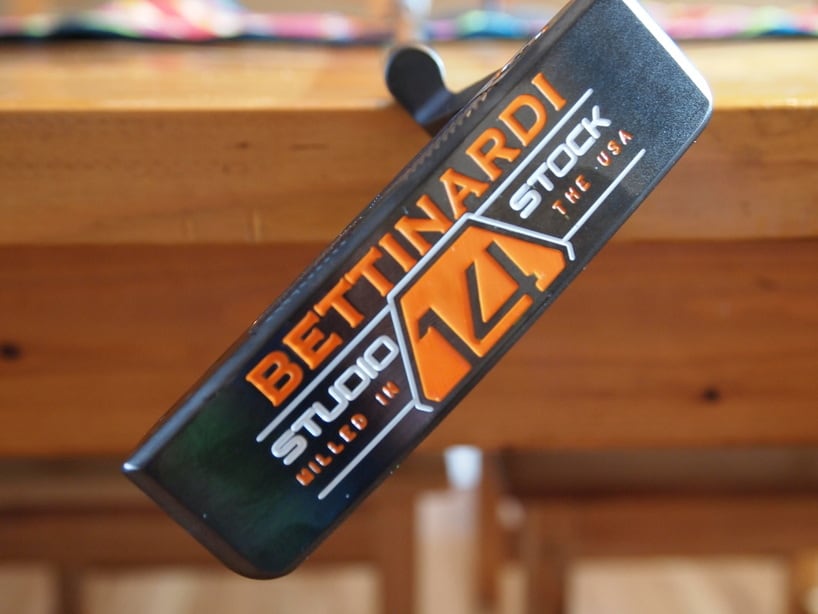 This may also be the best stock headcover from Bettinardi that I can ever remember.  The headcover just looks very rich and classy while still having plenty of honeycombing features.  The stock grip is a nice smooth putter grip by Lamkin also in grey and orange.  The shaft is your standard steel shaft. It all works for a classic stylish combo.  If you look on the Bettinardi website you can find some of the cool Matrix graphite putter shafts too that would look really cool in this putter too. 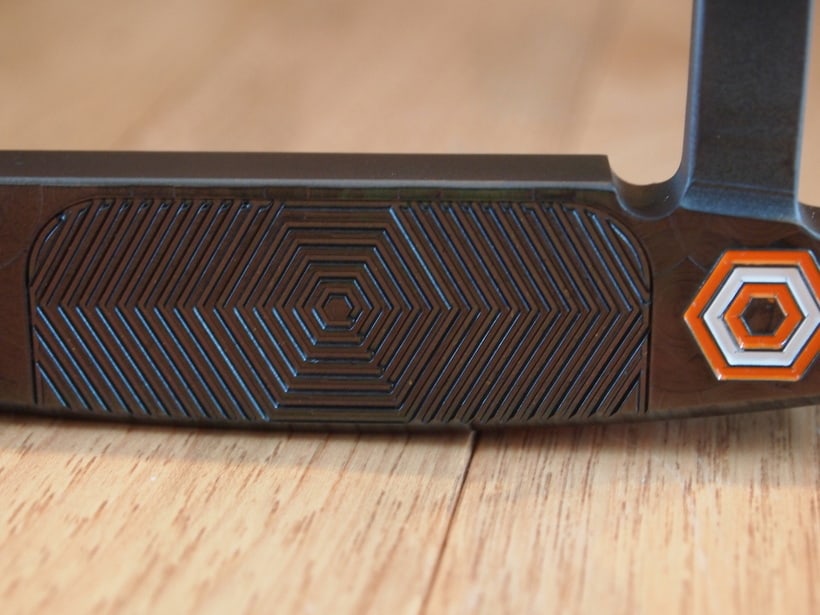 Putting with this putter is everything you would expect from a Bettinardi.  The soft carbon feel is the perfect combo of soft yet firm.  The new FIT-face is slightly softer.  It is not night and day compared to the previous FIT-face, but going back and forth between the two I could tell the difference, just ever so slightly. The roll is pure and smooth.  The shorter height of the face and FIT-face help facilitate good feel and a good stroke.

If you’ve never had a Bettinardi putter in your bag, you are missing out.  If you’ve had a previous model, you will be impressed by the constant evolution of Bettinardi putters.  They just keep getting better each year.

–Going to set you back a few clams