A Thriver Might Just Solve Your Tee Problems
I have played with many golfers that use a 3-wood off the tee on every hole.  The minute they pull out their driver you can see their lack of comfort with it and the results tend to be just a poor.  Confidence off the tee is a big factor in hitting good shots and  many golfers have more confidence with a 3 wood than a driver.  The biggest downside of playing 3 wood off the tee is the loss of distance.  It typically means longer irons into par 4 greens and par 5s become unreachable in 2 shots.  Sure the alternative of playing the driver out of the trees or having to take a drop, or even hitting it out of bounds is a worse alternative, but giving up the distance is still hampering their game.  The Morsh 2-wood might just be the club for them.  It is a three-wood/driver or Thriver as some have coined.  At 190cc it is the size of a 3-wood, but at 10* loft it is like a driver. Can you get the best of both worlds in one club???
You’ve probably never heard of Morsh before.  They’ve actually been around for a couple years, but since they are out of Slovenia, they haven’t made a big splash here in the US.  When they reached out to me, I had to do some research about who they were too.  They have 1 model club in 2 lengths and a couple flexes.  I went with the 10* stiff flex at 44″.  It almost has driver specs, but at 190cc looks exactly like most 3-woods.  Their theory is that golfers could use the control and confidence of a 3-wood with the power of a driver; thus the 2-wood.  (also sometimes referred to as a Thriver) 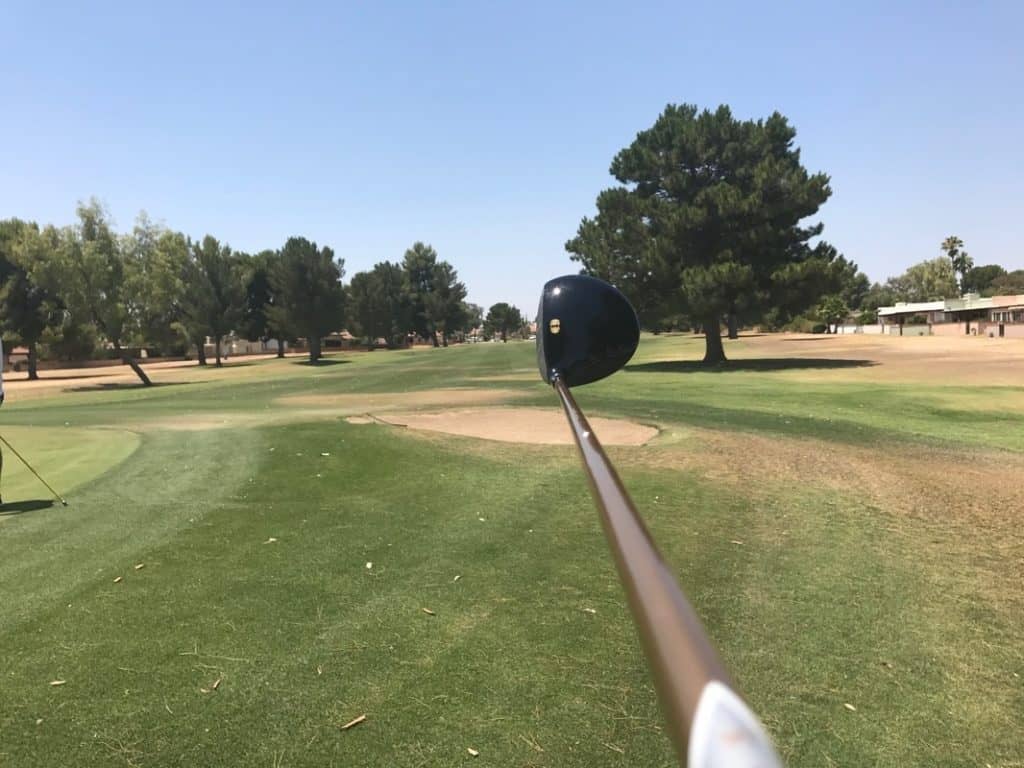 When the Morsh 2-wood arrived I was pretty shocked at the shipping company’s handling of the box, it was really beat up, but thankfully the club survived its journey across the ocean.  I was pretty skeptical my first round with it, because I really like hitting driver off the tee and not having that club in the bag was mentally a challenge.  On the range I kept hitting the ball to the left.  So standing on the 1st tee wasn’t exactly the most comfortable experience.  I did hit a pretty good shot for the hole, but it was up the left side.  By about mid-way through the first round I got  my swing adjusted and comfortable with the idea of this 2-wood that I started seeing shots hit the fairways with solid distance.  I even went so far as to replace my 3-wood with it so that this club also became my fairway wood.  I tried it on the  par 5s; 2-wood/2-wood trying to reach the greens.  I was close, but didn’t quite reach on holes I can reach with driver and 3-wood. 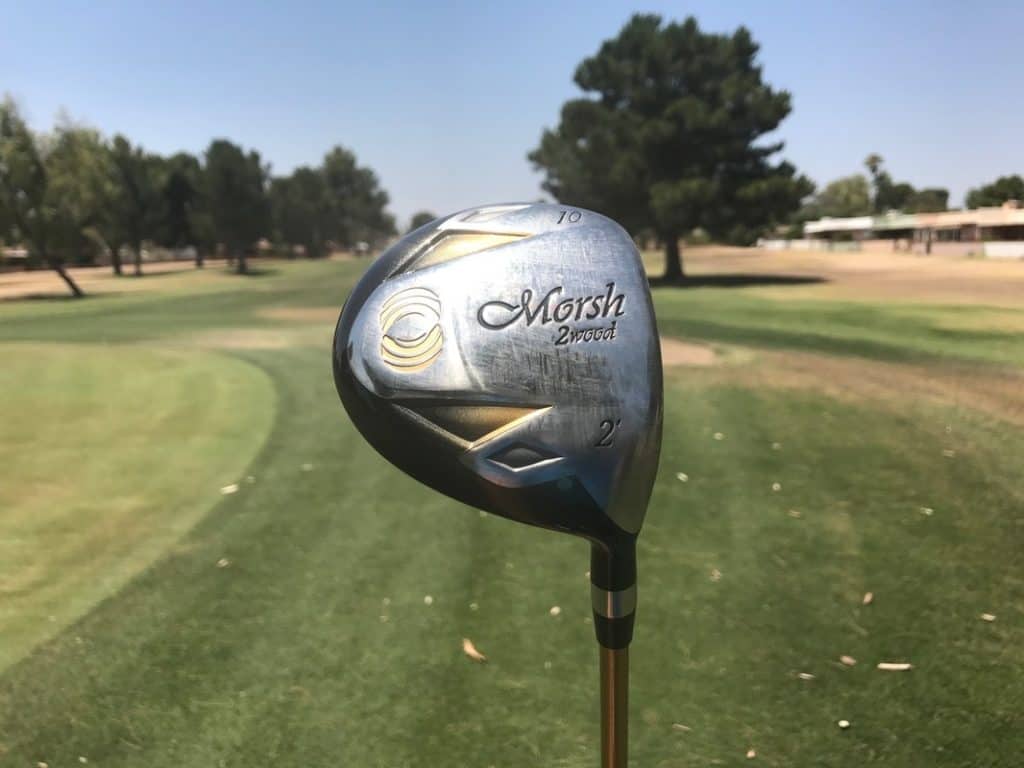 The Morsh 2-wood is 10* loft, but it launches higher than labeled for me.  I didn’t have any troubles elevating the ball off the tee or from the fairway.  While it didn’t hit quite as high as my 15* 3-woods, it certainly elevates to ball high enough for most golfers to get the most out of this club.  The high launch shaft certainly helps in that area.  It certainly wasn’t a low spin shaft, but I didn’t have ballooning issues either.  The only issue I had to adjust for was the tendency to go left.   I could see someone who fights the right side to like this club. 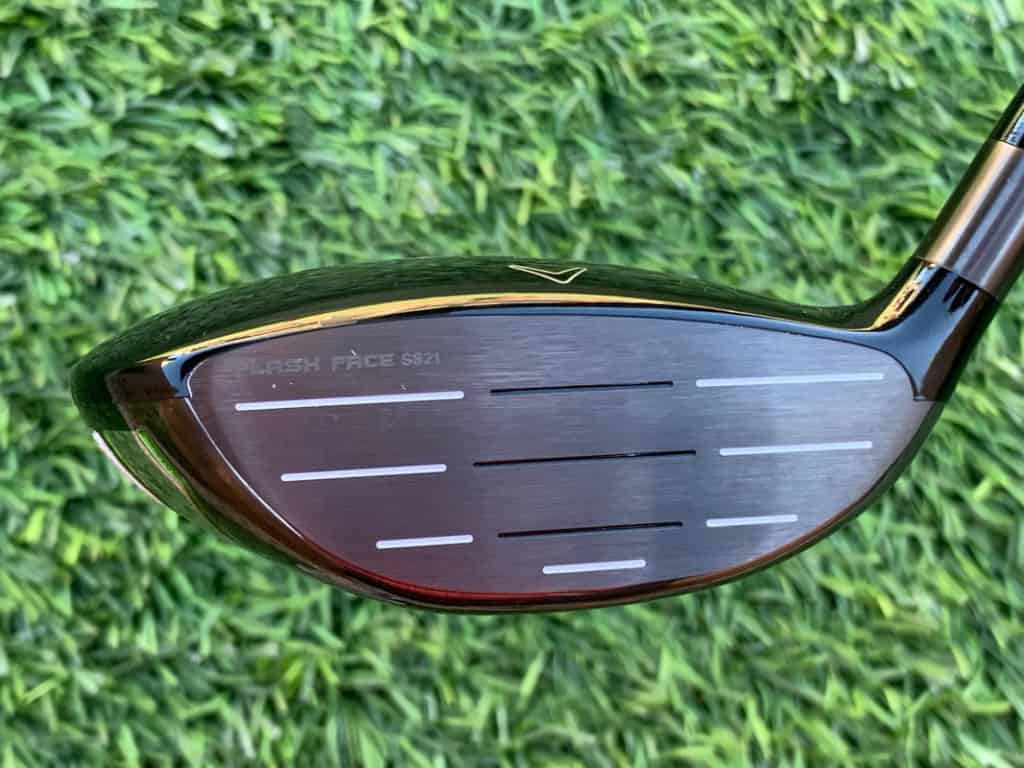 The Morsh 2-wood might make a lot of sense for you if you currently hit 3-wood off the tee and would like a little more distance, this might be the perfect club for you.  I hit my driver really well so I don’t see me giving up the distance to move to this club.  I also don’t fight the right side anymore so that closed nature of this club also isn’t an ideal fit for me.  So if you struggle with the right side and already hit 3-wood, you are a good candidate to try this club.   The “Thriver” club that is the  Morsh 2-wood is a pretty solid offering from a small company out of Slovenia.  It might be just what you need off the tee to hit more fairways and yet get some solid distance.