Visit: Taylormade and The Kingdom

Driven to be the #1 Brand in Golf
If you are a golfer you know that Taylormade dominates the metalwood category on Tour year after year.  They not only want to dominate that category, they want to dominate every category from clubs to balls, to shoes to anything golf related.  They want to push the envelope and produce clubs that offer the best performance.   Every product they make is about obtaining more market share.   While some might not like their constant introduction of new clubs and their crazy ideas and promotions, but you can’t deny their success.
On arriving at their Carlsbad headquarters it is obvious they are the biggest OEM on the block.  Their entryway is dominated by their newest product and a plethora of other items touting their success.  As we were lead around by an R&D guy, Matthew Greensmith, we learned how from design to production, from market share to tour success, they want to dominate the golf world.

At their Carlsbad facilities they have their main club assembly area, their R&D area as well as all the other offices that make the company tic.  As we learned about each area of their production the one fact that stood out for me was the whole tour vs. retail debate that has been going on for years online.  We were told that TM makes special tour products that are not mixed with retail products.  From the factories overseas to the assembly at Carlsbad, the tour products are separate.  The Tour Preferred or TP lines are part of their retail production, while the true Tour stuff stays separate. 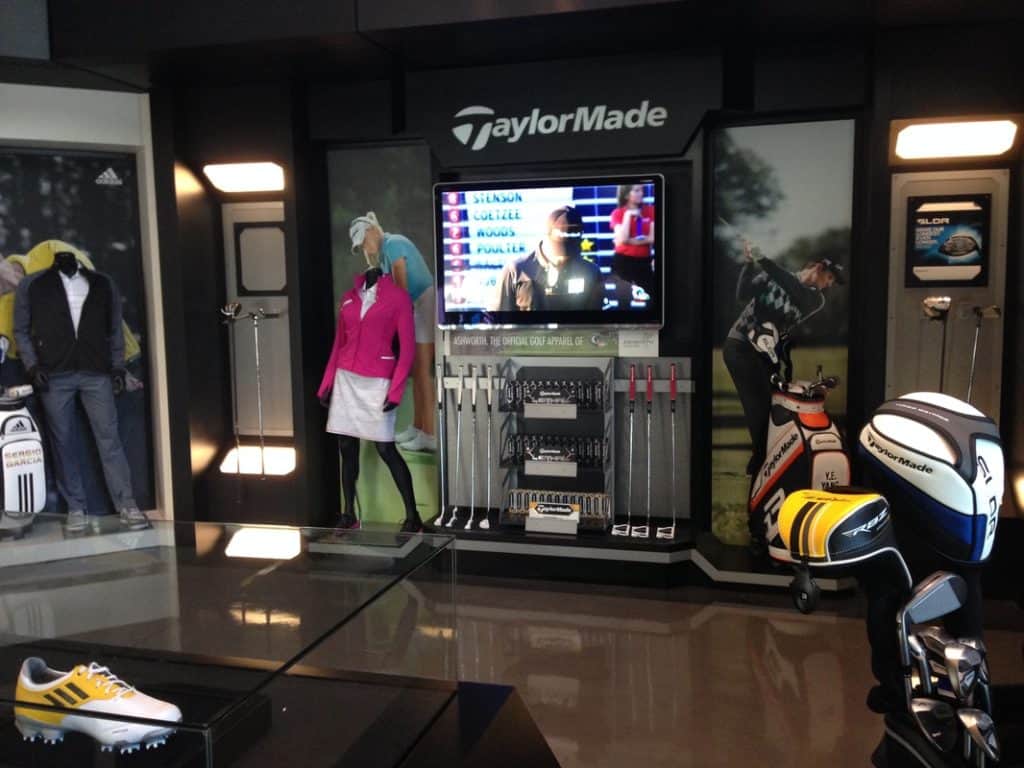 Their drive to be the #1 brand in all things golf also includes the Kingdom.  This is their player fitting and testing facility just a short walk across the street from the main TM headquarters.  It is an indoor/outdoor facilities with all the usual computers and high-tech equipment for fitting players.  Their MATT system is really great because it is hooked up to their satellite sites as well.  So I could do some fitting and training here in MN on one and then when I’m out in Carlsbad next time, they could pull up the data and compare to what I was doing there.  It seems especially useful to tour players if they need a tweak.

While all the OEMs have fitting studios, I thought that the TM guys really offered a lot of knowledge and insight into what works, how it works and what they can do to get you playing you best golf.  I think their all-day process and tour like experience at the Kingdom is impressive.

If you want to keep up with Taylormade go to: www.Taylormadegolf.com