The name, Toulon, is probably a familiar one in the golf equipment community.  It’s not just another city in France either.  Chances are, if you can secure credentials for the PGA Show in Orlando each year, you recognize the Toulon name.  For everyone else that touches a golf club, like that guy next to you on the range, they probably haven’t a clue.  But that guy probably owned at least one product that was brought to market by Sean Toulon.
Prior to 2016, Toulon was the product creation executive for TaylorMade Golf.  He was the guy responsible for bringing some of the most iconic golf equipment to market over the past two decades.  The 300 series of metal woods, the SuperQuad, the R-series, Spider putters, you name it, Toulon gave it life at the highest level.  The best performance brand in golf, some might say.  Prior to his decorated tenure running product in Carlsbad, Toulon created, then sold a profitable putter company as well.  Do you remember, Zevo Golf?  That was Toulon too.

I first met Toulon in September, 2013.  It was on the practice range at Conway Farms during the BMW Championship, just north of Chicago.  He and his team were hosting a media event for the launch of the Speedblade irons.  I started to introduce myself and Toulon cut me off saying, “I know who you are, SPY ZINGER.”  Moving product for one of the most successful brands in golf, Toulon is as grounded as they come, and has an aura of constant positivity about him.  One of the nicest guys in the industry, especially at rank he held.

In July, 2015, Toulon retired from TaylorMade Golf.  He did so during a time a lot of other people were leaving or otherwise reorganizing in the company.  This retirement, as the golf world later discovered, lasted about one week.  His two sons asked if he was really hanging up what he did best.  The three of them discussed introducing yet another golf equipment brand to the already saturated marketplace.  The Toulon’s did their homework and unveiled Toulon Design in January 2016, at the PGA Merchandise Show in Orlando.  Toulon presented Toulon Design in an executive suite of a hotel to golf media and VIP’s.

Is there a market for another premium milled line of putters?  Toulon has stated, if you do something extraordinary, people will buy it.  He’s said that no matter how well a marketing team does, performance will tell the story.  The marketplace, and its consumers, are cutthroat.  If the product doesn’t perform, it will die a very quick death.

During the initial launch this past January, Toulon Golf brought five putters to market, naming them after cities that are special to the Toulon family: Madison, San Diego, Rochester, San Fransisco, and Memphis.
​ 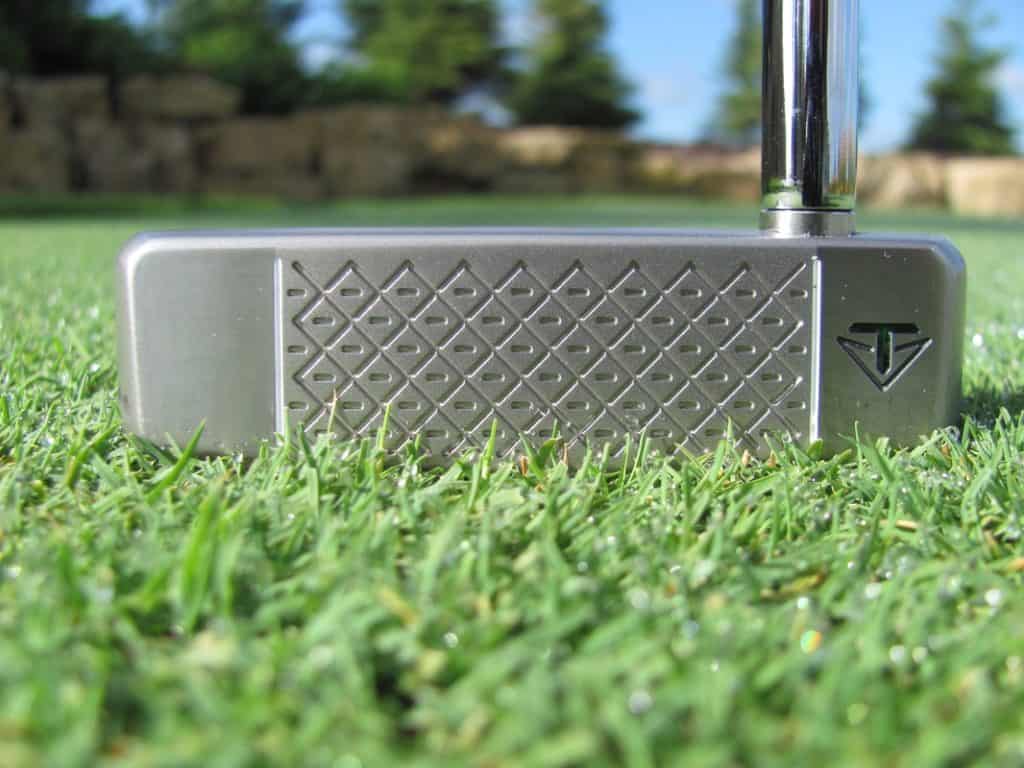 “We are dedicated to crafting the best performing putters in the world.  In our quest to create the best, we focused our efforts on three areas: sound, feel and roll.”
​
Toulon Design putters all start similar to other premium options in the market, cut from a block of 303 stainless steel.  However, they set out to improve the sound, feel and roll of their designs.  It’s been said that feel is directly correlated to the sound at impact.  Toulon began to study varying mill patterns in the face to achieve what they believe is the perfect marriage of sound and feel. 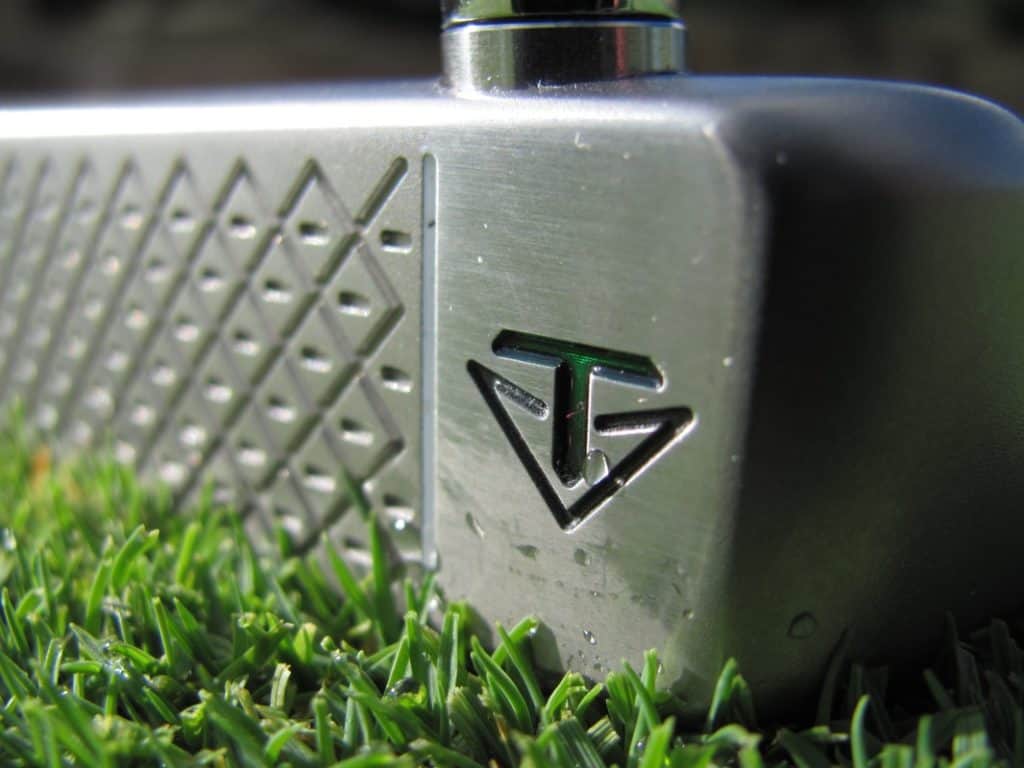 After several prototypes, they introduced the deep diamond mill pattern which was inspired by car tires.  Specifically, the tread pattern of the tires designed to channel water away and provide traction.  The science of fluid dynamics built into a putter.  This diamond milled pattern is .025” wide and .025” deep.  This patten not only impacts the sound/feel, but also reduces backspin promoting the forward roll with minimized “skid.”

​Toulon has credited Dick DeLaCruz for his influence in the design of Toulon Design putters.  Golf equipment aficionados will certainly recognize the DeLaCruz name.  A man that was responsible for the first CNC milled putter; one of the most respected names in modern golf club design.  Toulon not only credits him in design influence of Toulon Putters, but also as a mentor to the entire team. 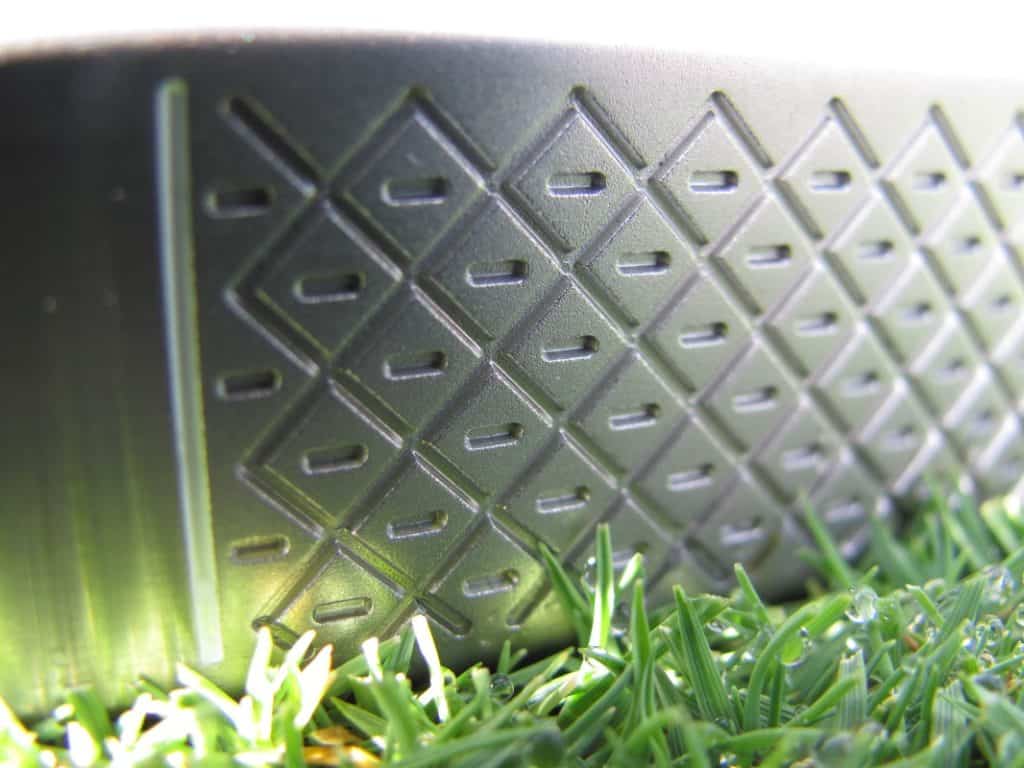 DeLaCruz introduced the Toulon team to a process called, Vacuum Brazing.  The high-temperature process of fusing metals together.  This allows Toulon to mill the hosel and face separately then fuse them together through Vacuum Brazing.  The two pieces are placed into an oven and baked at 1900 degrees for four hours and essentially come out as one piece.  This expedites the process for prototype testing, as well as custom orders for tour professionals or consumers.  Like a Papa Murphy’s Pizza, that’s love at 1900 degrees.
​
Toulon incorporates adjustable sole plates to refine the weight and feel of the putter heads.  They’re made from aluminum, steel and tungsten depending on the weight of the plate.  The Memphis, which we tested had the 7g aluminum sole plate installed. 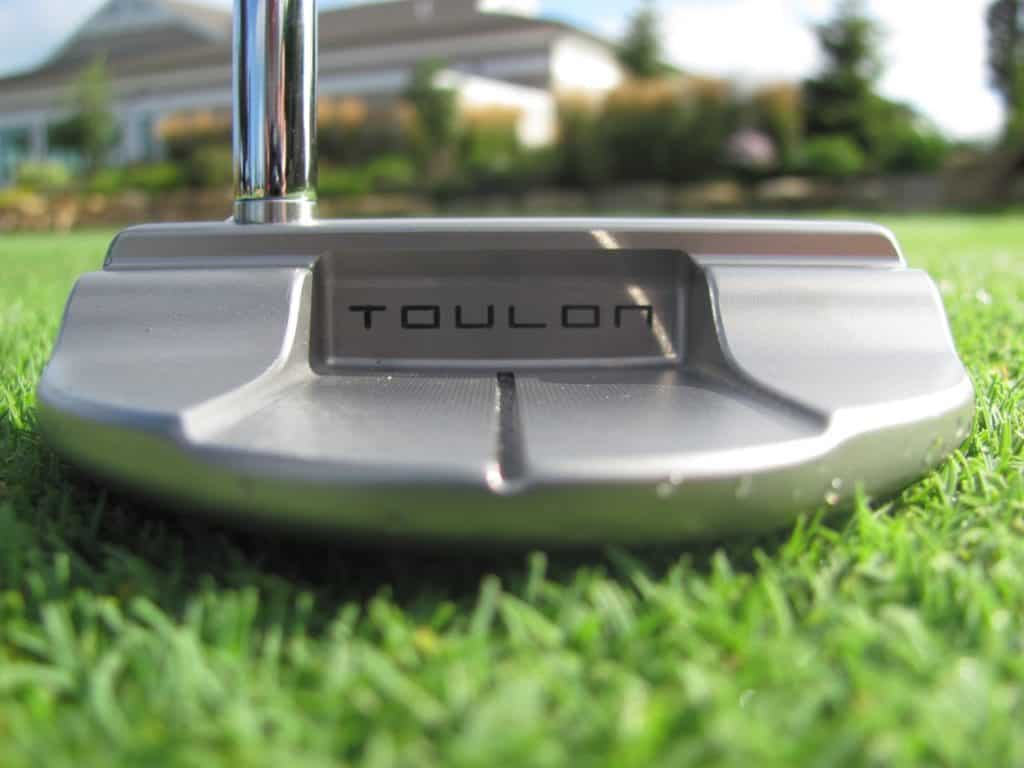 THE MEMPHIS
“The city of Memphis is the name of our unique multi-material mallet.  Nicknamed “Soulsville U.S.A.”, the city is known for its unique soul music, charming character, and vivacious culture. We used the general spirit of this city as the inspiration for this putter, which is itself uniquely soulful and magnetically charming.”

This past month, I had the opportunity to order a Toulon Golf, Memphis mallet.  The Memphis is the lone face balanced putter in their initial offerings.  The putter just screams MOI.  My first impression out of the box was that Toulon putters are beautiful.  The flawless lines, and craftsmanship of the designs support their place in the premium putter category.  Simply stated, from a looks perspective, they belong with the top putter designs in golf.

After soling the club, I was surprised how compact the Memphis was compared to the photographs I had seen to date.  To my eye, it is a perfectly sized mallet from heel to toe, as well as from the face to the back of the head.  Looking down, it is a shape and design that immediately inspires confidence at address.  It just looks forgiving.

The Memphis has a nice crisp sound at impact giving it a solid feel.  I was expecting it to feel a little softer with the milling, but the Memphis has some snap to the sound. The deep diamond milled face really seems to keep the ball rolling nicely after impact.  From the moment it is struck, the roll just looks tight.  From the practice green through the 18th hole of my maiden voyage with the Memphis, I had confidence and was impressed by the performance.  Putt after putt, the Memphis continued to provide me with confidence on the greens. 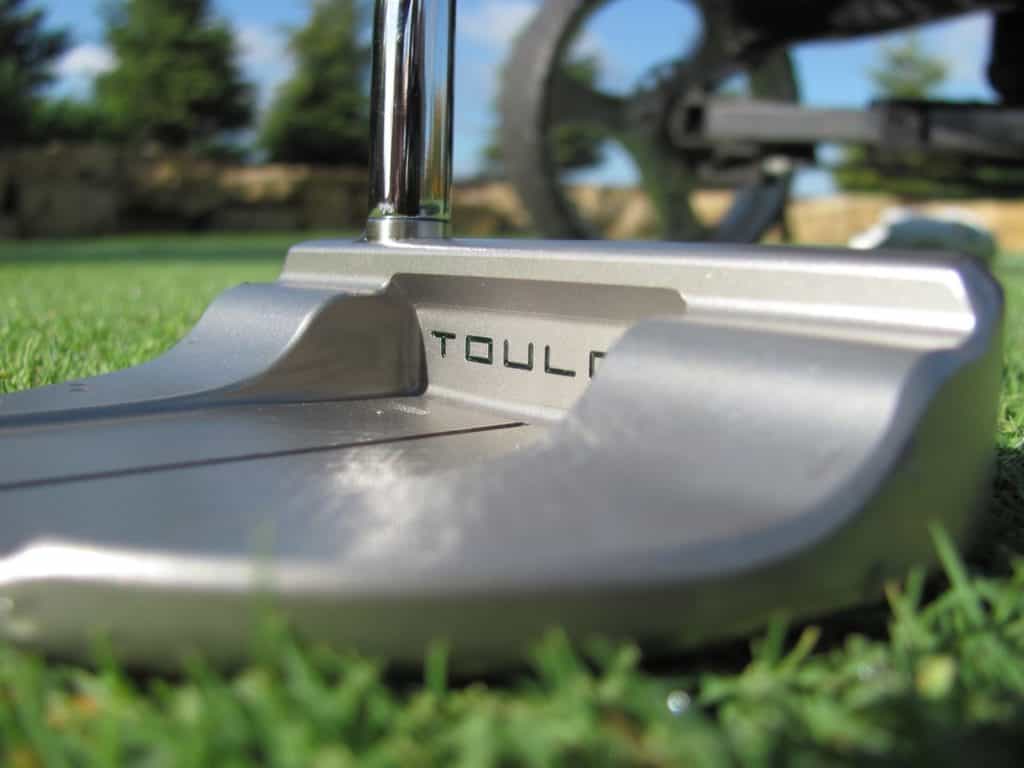 Toulon Design has really put together something special by doing things the right way from the beginning.  Sure, it helps to have a guy with two decades of Carlsbad street cred right out of the gate.  There are a lot of boutique milled putter companies that have surfaced over the years that try to carve out their spot of the dance floor.  They all look nice, but where Toulon is differentiating himself is in performance.  Toulon Design is hitting all cylinders here, it looks good, it feels good, and they’ve spent a lot of time on R&D ensuring that it performs good, too.  With over 15 putters in play on professional golf tours worldwide in only 7 months in business, validation has arrived too.

Another area that I have yet to see discussed is how Toulon is educating his potential consumers.  I can’t think of one brand in golf that has done a better job in explaining their product to consumers.  Toulon utilizes a series of very well produced, concise videos that explain every necessary detail about their product to consumers.  There is no question, you know exactly what you’re buying along with the art and science behind it.  As a consumer, that’s an important aspect that is rarely done this well in golf.  This isn’t just another milled putter, Instagram display case brand.  One visit to toulondesign.com, and you’ll know what I mean.

Toulon Design is a company that impressed me from the start.  From their launch, presentation, all the way through to their product, Toulon is a brand by golfers for golfers.  They’re a brand you legitimately want to see do very well because of the quality of people behind the name.  I look forward to watching them scale their business and place in the golf marketplace.