Getting to know Callaway
If you haven’t heard yet, Callaway is interested in what you the consumer thinks about golf and golf clubs.  They started what they called the #5yearwar which is just as much about themselves as it is about the competition.  In just one year it is obvious that there are some real changes at Callaway from the top to the bottom.  They believe the two-fold attack is the way to bring golfers back to Callaway.  1. Create innovative products and 2. Let consumers interact with the company.
My tour here was different than the other OEM tours.  While many of the companies pawned us off on tour guides, We spent our entire visit with the people we had gotten to know through their social media channels.  Guys like @HastagChad, @ScottGorylCG, @HarryArnettCG, @Odyssey_Koske, @EthanatorCG, and others.  This personal interaction is what really made the visit special. 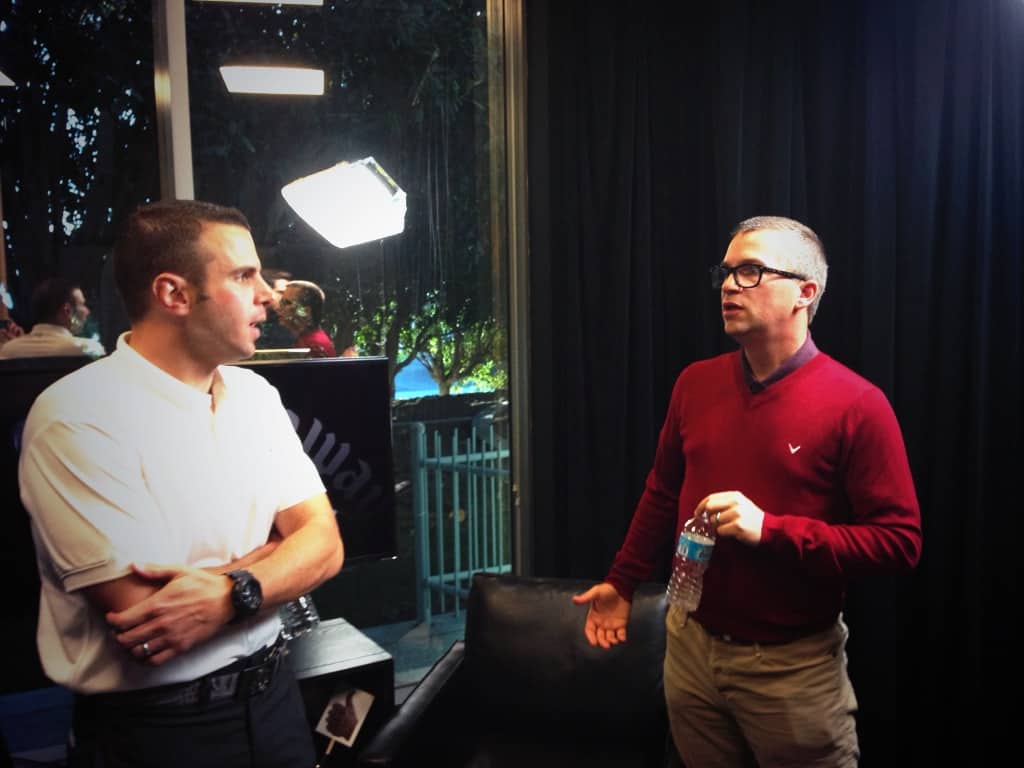 The Callaway facility in Carlsbad has very little production of product on-site, other than their Roger Cleveland studio and some small workshop area; it is mainly the brains behind the operation.  What was evident while we were there is the new feel and new mode of operation of Callaway.  They interact with each other on a much more personal level as well as interacting with their customers in a personal way.   The newest brainstorm of the crew is the Callaway Talks.  They’ve been putting out tips, insights and cool stuff from this small studio in the converted corner office.   They are pairing media content with their golf content.  They are attacking every angle of interaction with the consumer, from Twitter to Instagram, YouTube to Podcasts.  It is not hard to find the people closely involved with Callaway.  It was really great to get a behind the scenes look at how they do it. 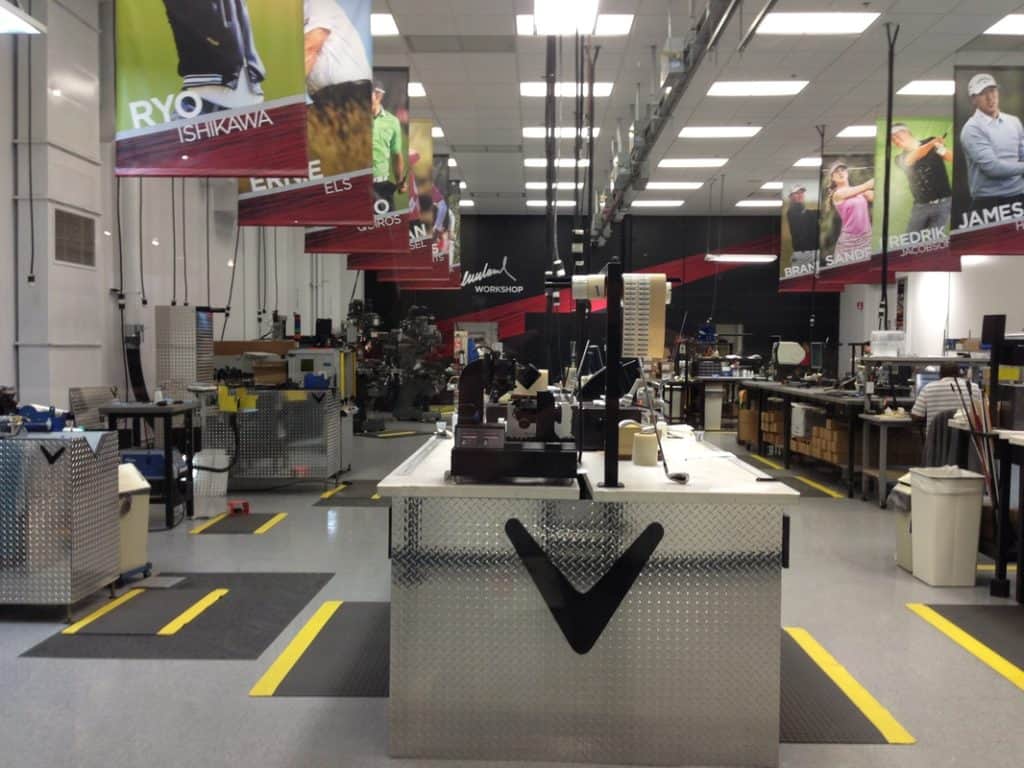 The Ely Callaway Performance Center is just down the road from the main headquarters.  This is where the first on-grass testing happens for new products.  It is also the place where Tour players and VIP consumers can get an opportunity to use all the high-tech fitting equipment for every Callaway club in the bag.  They have indoor and outdoor facilities to gather every number imaginable as well as an on-site build-shop to get your specs made instantly. 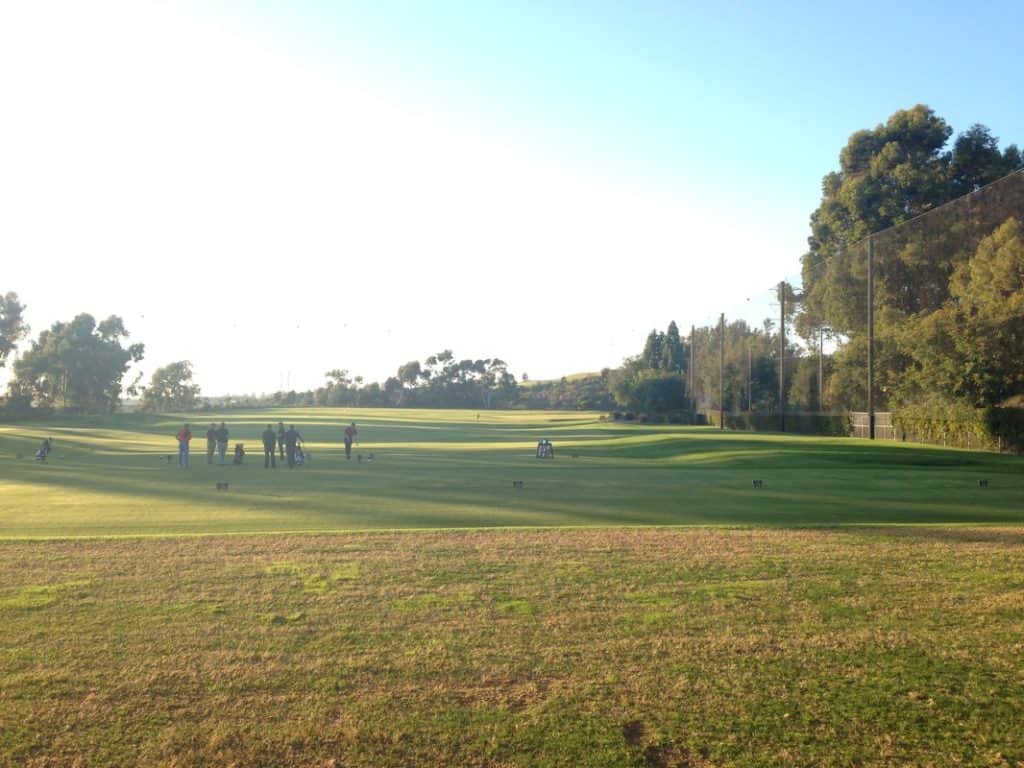 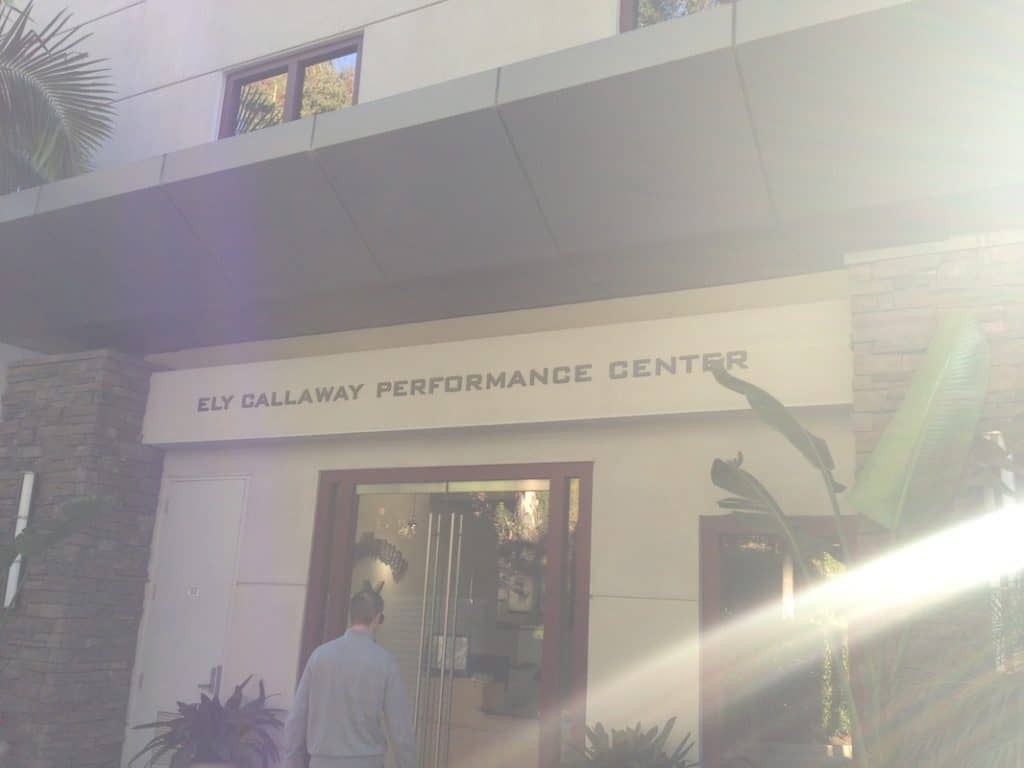 While we were at Callaway we were treat to a couple of special experiences.  First we got to see the X2Hot line before it was announced to the public, which was cool to see and learn about the improvement made to the X-hot line.  We also saw under wraps the new Big Bertha drivers.  While they didn’t speak of them, it was clear what was under the semi-transparent wrapper.  They were hitting them on the range while we observed from a distance.  It was kind of a bummer we didn’t have time to hit any of the new stuff, but hopefully that opportunity will arrive in 2014.

The other real highlight of the visit was joining Harry Arnett on the set of the Callaway Talks and shooting one of our own.  There aren’t too many rules, other than keep it clean and one take;  18 minutes later we had a video.  As you can see below we enjoyed our time on set.

If you want to see more of Callaway in action go to: www.Callawaygolf.com