Tweaks to one of Cobra’s great designs

Creating a new iron design every year can’t be easy.  I know there are different designs and different technologies for irons, but when you create a great design, why depart from It too far?  Cobra’s Fly-Z+ irons are very similar to the Amp Forged irons. Cobra made just a couple tweaks to this great design for 2015. 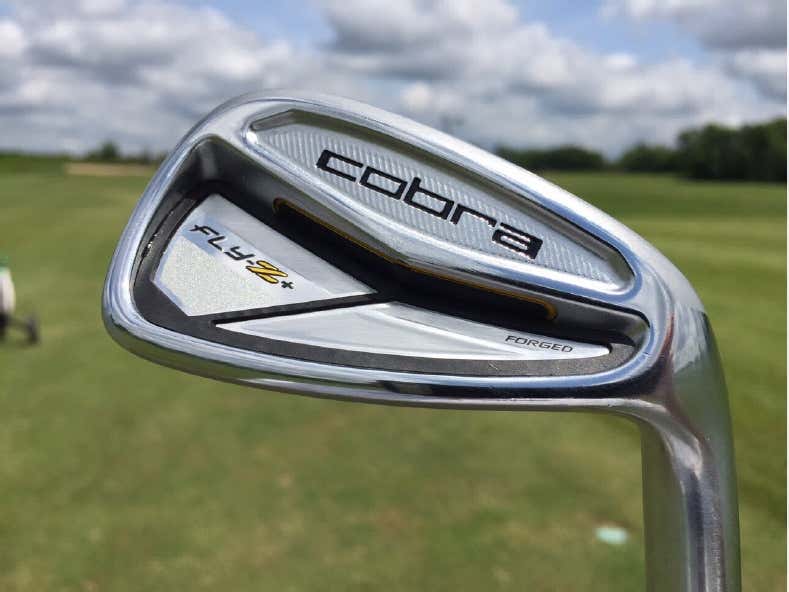 The same is the forged pocket cavity head.  If you look at them side by side, you it see almost n identical cavity. It has a big bar across the lower back of the club, with some dampening polymer inserted into it.  The radious sole is similar, but maybe just a smidgen narrower.  The color is also toned down and there is no Orange on the Fly-Z+ irons. The top lines seem shaved down some too for a more players irons look.

On the course they are still very forgiving and easy to hit because they lack offset for these players cavity backs.   These are about a half club longer than other irons.  It was about an average of 5 yards longer, which is almost identical to the AMP forged irons.  They both use the KBS Tour S+ iron shafts I like better than a standard KBS Tour shafts.  They feel a little tighter and hit a little lower.

The clubs have hidden tungsten weighting in the sole. Each club has different weight and placement to create better MOI and more solid consistent off-center hits. I couldn’t tell any difference between the clubs were weighted in terms of height or feel other than what is normally expected between the different irons.

The feel seemed pretty uniform within the entire set, even with different pockets and weights because each pocket is filled with a polymer of sorts which too helps in vibration dampening.  The forged heads feel so great at impact.  There is a soft crisp sensation at impact.  These rank up there with some of the best feeling irons I have put in my bag. 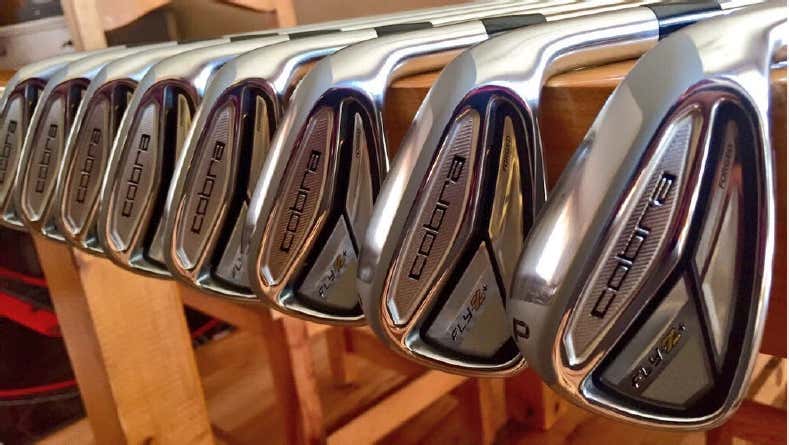 The Cobra Fly-Z+ irons are able to fit a wide range of golfers.  Lower handicap players will like the feel, looks and forgiveness, while higher handicap golfers will appreciate the distance, forgiveness and ability to improve their game yet not needing to buy new irons.

Sure it is more like a little tweak than whole new design, but why mess with a good design. 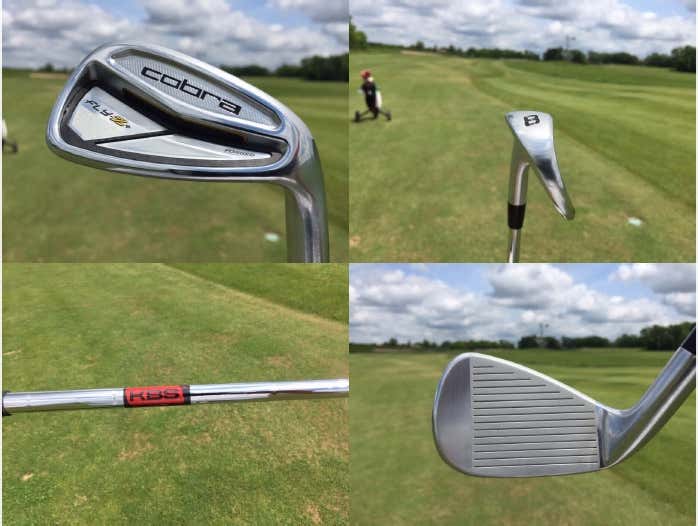 Independent Golf Reviews is reader-supported, when you buy through links on our site, we may earn a commission.
SITE INFO