Can the Major Features Help This Shoe Bring Home the Trophy?
The PGA Tour revolves around Majors; Masters, US Open, Open Championship and PGA Championship.  Those are the tournaments every golfer dreams of winning.  To rise to the top of the golfing world, you need at least one Major trophy on your mantel.  Sure the other “regular” golf tournaments matter too, but the Major have really become the focus of the PGA tour’s season.  It take everything coming together for one week under the most intense competition.  The TRUE Major shoe is ready to take all of its features and compete for the trophy of the best golf shoe.
TRUE made its official comeback last year with the Outside and Original.  After success with those 2 models, they brought the Knit to market, which has been a huge hit and one of my favorite shoes.   Building off the success of the Knit they created the Major for 2019.  It has a similar profile to the Knit but has some major upgraded features.  The Major shoe currently come in Open Black and US Grey.  (I’m speculating there might be a Master Green soon??)  They look very similar to the Knit in terms of shape and outsole, but the uppers are different. 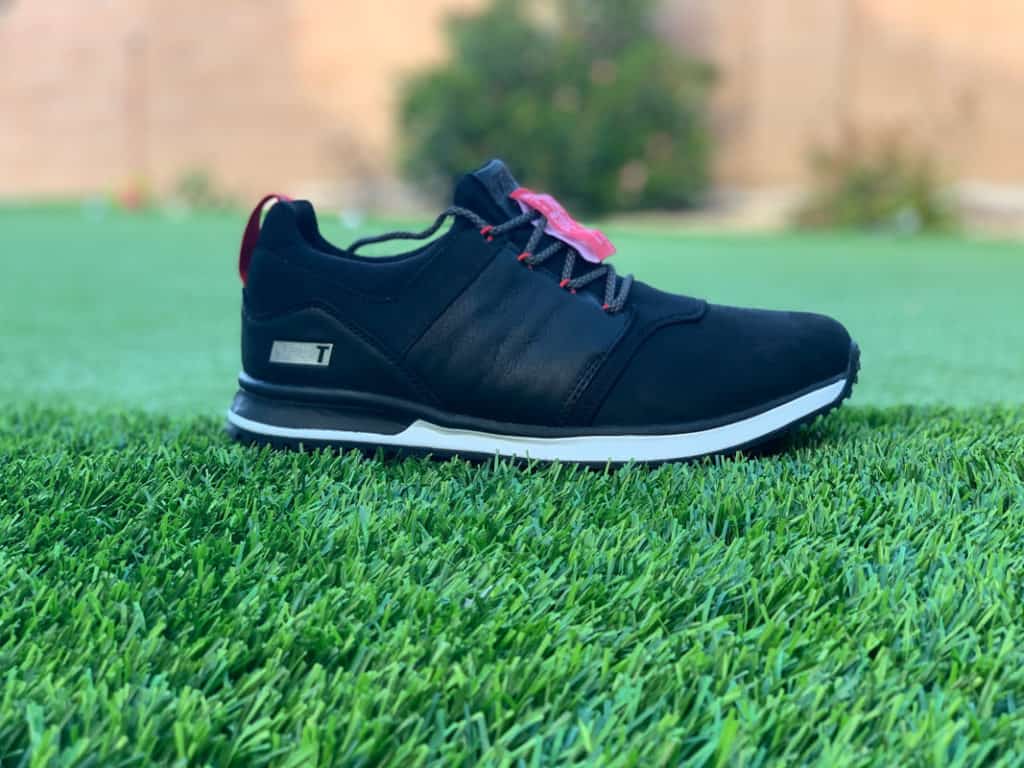 The TRUE Major shoes are all about performance and comfort.  The outsole is a spikeless soft sole that is amazing for walking.  The various zones and lug styles work really well on just about any turf; fairway, rough, desert, dry, wet, etc.  They are very flexible which makes for a great walk.  They allow your foot move naturally and flex comfortably but yet there is cushion in the midsole.  While the TRUE Major isn’t a no-drop design, it has minimal drop from heal to toe.  This fits a wider audience of golfers since not everyone can handle no-drop even if it is more natural, many golfers have their feet conditioned to something different.  I found these to be very comfortable to wear all day, even off the course when I’m on my feet all day.

The TRUE Major Shoes uppers are where the majority of new features reside.  The leather uppers are fully waterproof with a 2 year guarantee.  They have a suede look to them and yet can repel elements for the life of the shoe.  This is a major feature and a major warrant.  While AZ isn’t the ideal place to test these features, I had 2 days of serious testing in both the snow and the follow day slop of water and dirt.  These shoes came through with flying colors.  I had completely dry feet and the shoes cleaned up very easily.  If you play in all different conditions and climates, these shoes will be up to the task. 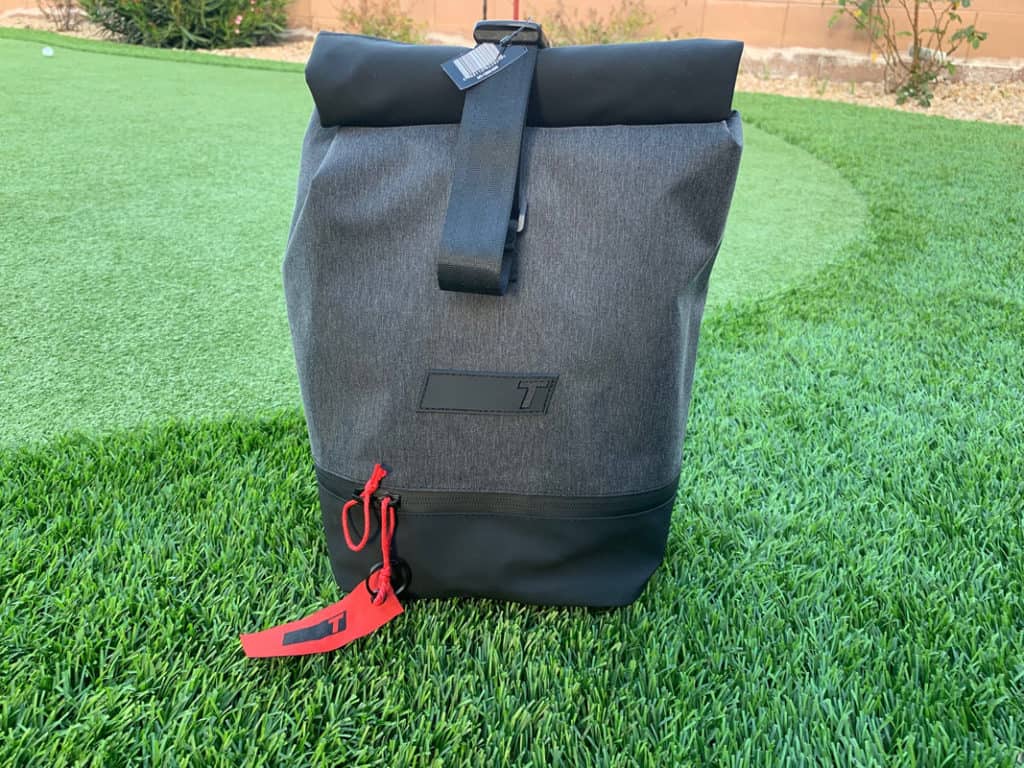 The TRUE Major Shoe was right out of the bag comfortable.  Yep you read that right, instead of traditional shoe box, they come in this awesome shoe bag.  The bag itself is pretty spectacular and has multiple uses either as a shoe bag or an accessories bag, or whatever you can imagine.  TRUEs have always been comfortable instantly, and these follow that pattern.  The day after the Major shoe arrived, I was walking 18 holes with them and they felt like a well worn shoe.  There wasn’t a single rub or pinch or discomfort.  The flex zones built into the uppers make them both comfortable and durable.  Some shoes have long term durability issues at the flex joints, but these are built ready to go long term.

The TRUE Major Shoe fits with a nice wrap around the foot that isn’t too tight, nor does it feel loose.  They have a sock like fit with laces that can lock your foot even more secure.  The removable insole can help with width adjustments for an even more precise fit.  They still run about 1/2 size bigger than other major brands.  I tend to wear a 9.5 in most shoes, but wear a 9 in TRUE Majors. 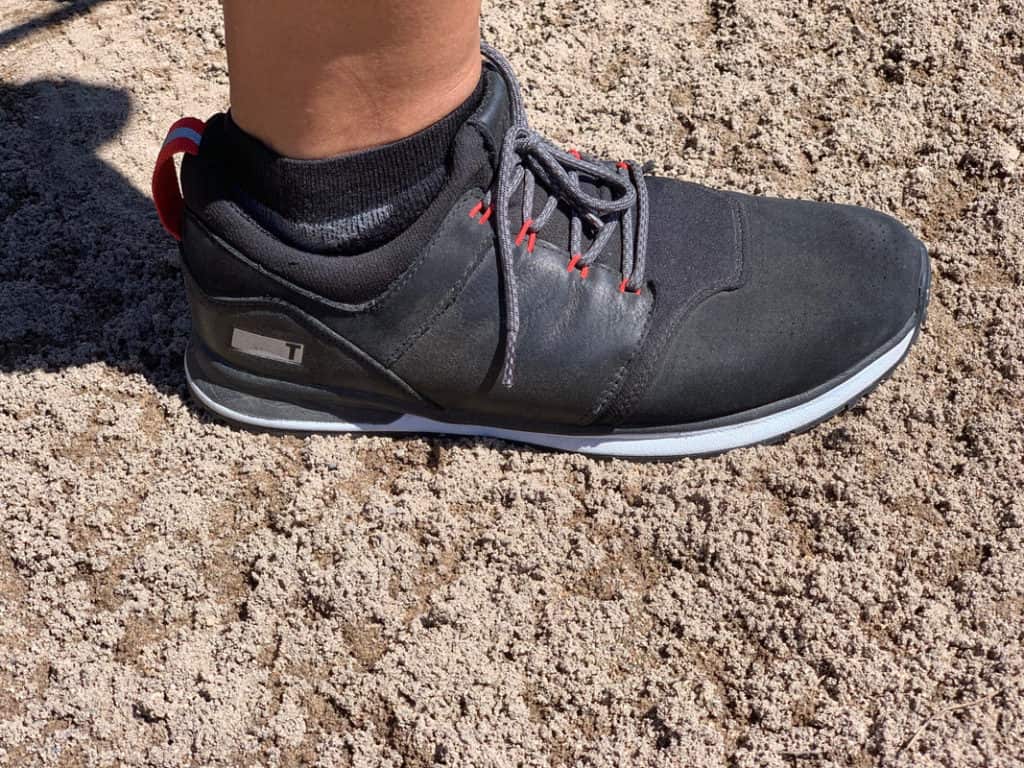 The TRUE Major is a legit shoe that has all the major features a golfer is looking for in their shoes.  They are extremely comfortable, have great traction, are fully waterproof, and are ready for 18 holes right out of the bag.  Since I live in AZ, the TRUE Knit are still my favorite shoe, but the TRUE Major would win in just about every other state in the US.   If you play in wet, damp, cold, or uncertain conditions, these shoes can take home the trophy.  Enjoy the walk in a pair of TRUE Major shoes.