By: @SPYZINGER
The wEdGe wIzArD’s tenure as an actual wizard began around July of 2016, after being employed with Fourteen Golf for about six months.  It was about that time when Jacob Sanborn began sharing his custom wedge work via his Instagram account.  Admittedly, I am not much of a golf historian, but from all accounts, Sanborn became a Wizard on July 27, 2016.  This was one of the first posts he made relating to his customized wedge work from his workbench at Fourteen Golf.  A gun-blued, heat treated, Fourteen wedge with the “J-Stamp.”  People often wonder when folks they admire became legendary.  This recollection of Sanborn’s career is pretty much the inception of his sorcery. 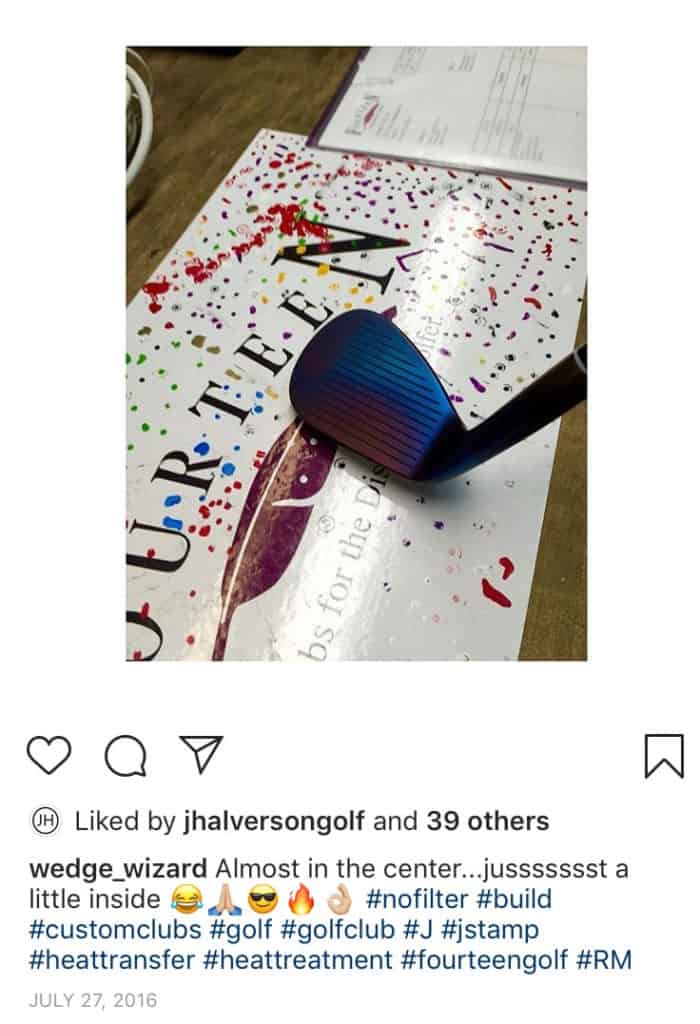 Golf fanatics today have it relatively easy.  Since the advent of social media, we have had an intimate, behind the scenes look of the golf equipment industry.  Today, you have Phil Mickelson tweeting video from his living room.  Golf manufacturers share photographs of custom wedges and iron builds for their pro tour staff.  If you want to know what is in the bag of a PGA Tour player, it’s no longer difficult to find it.  But that wasn’t always the case.

In the early 2000’s, golf equipment aficionados spent hours a day on golf forums like Golf Opinions and Bombsquad Golf seeking information about the golf industry that wasn’t readily available to the eyes of a novice.  Photographs of custom PGA Tour player equipment began showing up on these sites revealing equipment not available at retail with custom grinds, stampings, and in some cases, sharper grooves.  These early sources of golf information paved the way and created a platform for customization in golf.  The market for Sanborn’s business is rooted in these early golf forums that still have a cult following.  It wasn’t “easyyy” this entire time younglings. 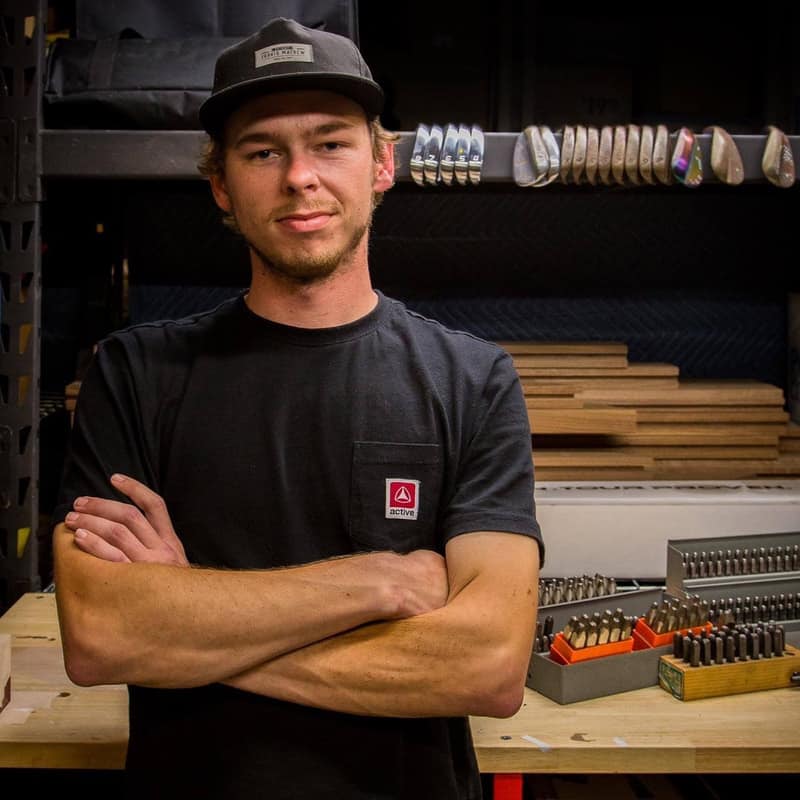 Sanborn, a southern California native, began his golf career post high school at the Carlsbad Golf Center as a fitter/builder.  After four years, he accepted a position at Fourteen Golf as a custom builder in January of 2016.  Fourteen became the foundation by which Sanborn honed his craft and allowed him to experiment with his artistry.  However, the confines of corporate structure and bottom lines do not often lend that artistry to expand or grow.  After two and a half years, Sanborn set out on his own and went to work for himself.
​
Sanborn credits James Harrington, or “JP” as he is affectionately known in golf, as an inspiration and one of the early leaders in this niche market.  JP was one of the first names he began to follow and admire in the custom golf arena.  He followed down much the same road and set up shop in the low rent space of his parents garage in Oceanside, CA.  It was there where the Wizard picked up his wand, and began to create.  The marriage of art and golf equipment once again came to life.  If you can dream it, chances are, the Wizard can make it a reality. 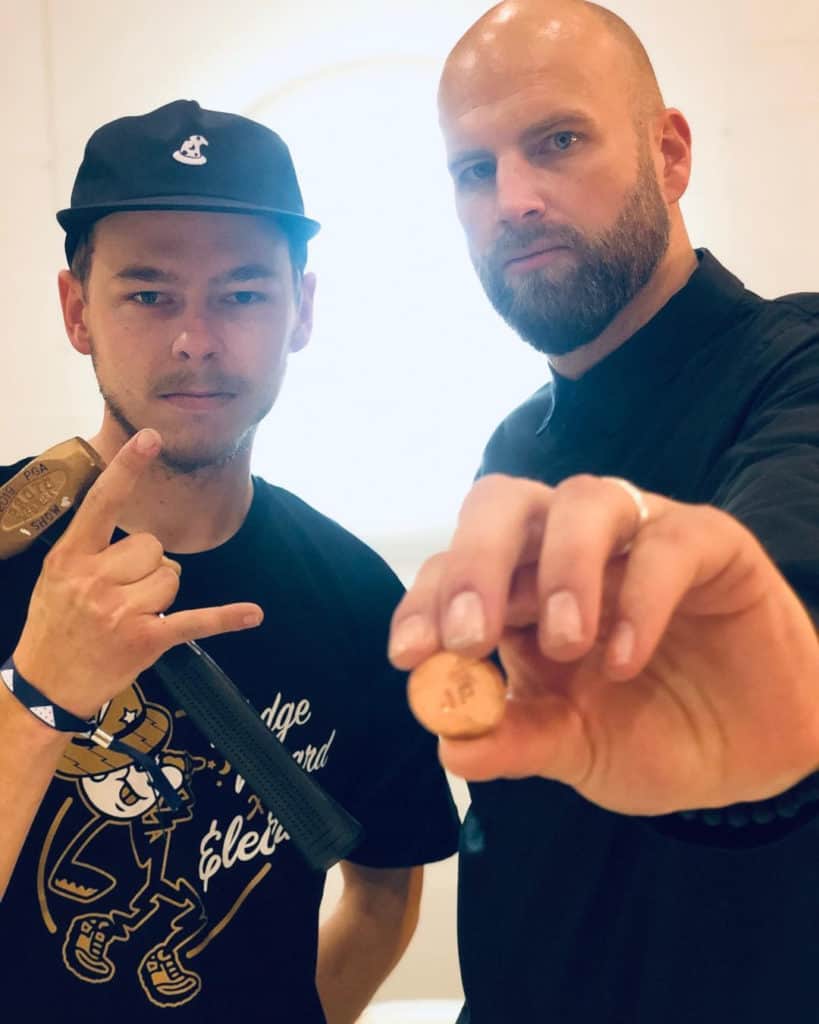 With the head of a wedge as his canvas, Sanborn takes a standard OEM wedge and turns it into something that is a one-off piece of art that is unique and personalized to his customer.  From the basics of custom stamping and paint fill to hammering and stippling (the process of painting or engraving using numerous small dots) to custom finishes and sole grinds.

There are basically two programs at work in the Wizard’s garage.  You can simply take wedges you already own and send them to Sanborn for custom work.  The Wizard can work on any wedge from any company or brand.  Each project includes a 15 minute collaborative phone discussion to ensure his customer’s get exactly what they want.  Sanborn then provides a drawing of what your heads will look like when finished.  From concept to reality, Instagram to your door, the process of having your own wedges transformed into a work of art works remarkably flawless.

​The second program in place is simply to purchase art from the Wizard’s own gallery.  Sanborn will post a limited collection of wedges on his site.  They are posted in the form of a sketch or rendering of what the final product will look like.  If the group of three wedges is purchased by a customer, Sanborn will bring the rendering to life.  These limited collections are typically sold in sets of three and priced at $1,000 for the set. 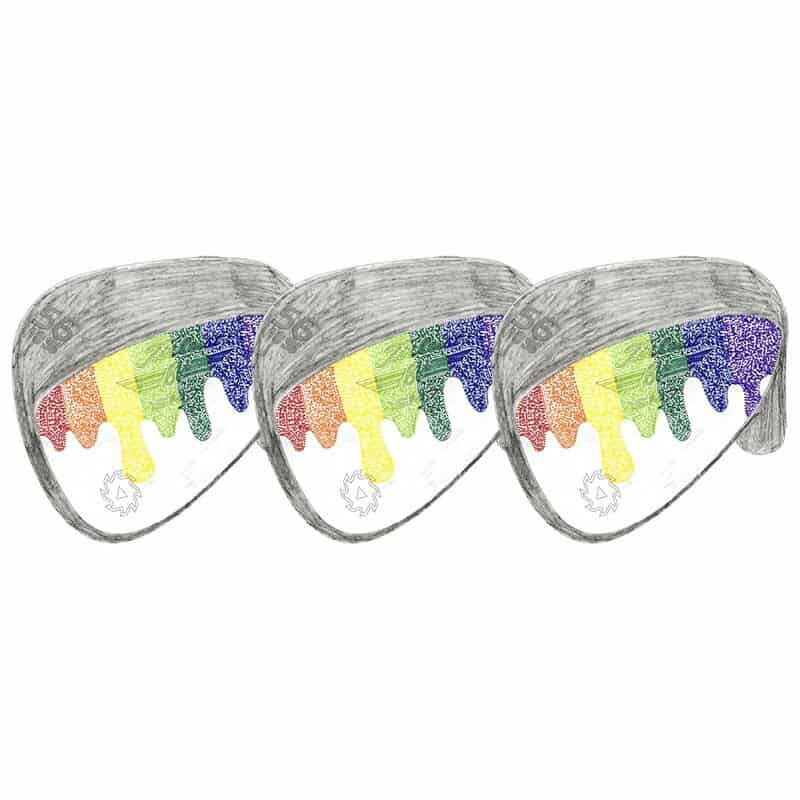 As talented as this young man is, he remains humble and will be the first to tell you he has a lot to learn in this industry.  Sanborn has aspirations of designing his own line of wedges.  But for now, he acknowledges that equipment manufacturers have spent millions of dollars in R & D designing what is in the marketplace today.  Sanborn is content using what is already proven as industry leaders in this category to showcase his talent.

​For the purpose of this article, iGR sent the Wizard two of what is commonly referred to as the best wedge Callaway Golf has ever produced, the 2008 X-Forged.  SPY ZINGER has kept these two wedges new and in the box under his bed for the past ten years.  The wedges were shipped to Oeanside for the Wizard’s wizardry.

The wizard took the raw heads and gave them a torched oil can finish.  He chose this finish, which will patina over time, to complement the UST MAMIYA Recoil Wedge Prototype shafts.  The accent color in these shafts were custom finished in gold.  Sanborn kept that color theme going with the torched oil can.  To get this finish, he has a five gallon bucket of used oil in his garage.  Sanborn torched the wedge until it arrived at a gold hue then soaked it in the oil can while it was still hot.  Since the finish is still raw, it will wear much like the classic Vokey oil can wedge as it oxidizes.  With this process, it takes nothing away from the original performance intent of this wedge design.  It just makes it much, much cooler.
​
The “X” on the back of the wedge was embossed with the “Hammering Texture”.  The surface of the wedge is struck leaving a small dimple.  The head was finished off with custom stamping and the iconic wizard hat.  Sanborn estimates that both of the wedges together take about 8 hours from start to completion.

The result is unbelievably stunning and the craftsmanship is among the best the industry as ever seen.  Sanborn is truly an artist among only a handful of guys that have brought this level of customization to the wedge.